Wow, can you believe we’re nearing the end of our journey up the chakra system already? That’s right; we have officially arrived at the sixth Chakra, which interestingly enough has many different names, depending on who you ask.

Some Reiki practitioners refer to it as the Crown Chakra, others the Brow Chakra, and the rest, including myself, lovingly refer to the 6th Chakra as the ‘Third Eye.’ It’s ancient Sanskrit name is Ajna, which means “perceive,” “command” or “beyond wisdom.” It is the chakra of intuition, and has been described as indigo in colour, with the element of light.

The third eye chakra is usually developed between the ages of 36 and 42 and then resurfaces again later in life, generally between 85 and 91. This Chakra is physically located in the center of the forehead and effects the brain, sinuses, eyes and the pituitary gland, which regulates many hormones in the body.

The third eye is symbolic of an inner eye that perceives beyond the realm of the five senses and is a receiver of intuition. In the lower chakras, your intuitive messages may show up physically as “gut feelings,” however, in the third eye chakra, this information usually enters your mind in the form of imagination, dreams or a vision. 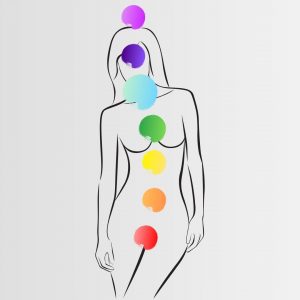 When the third eye chakra is balanced, both hemispheres of the brain are balanced as well, allowing both logic and intuition to work together equally.

Someone with a balanced and open 6th Chakra is usually known for their wisdom and intuition, and is very sensitive to the 6th sense, often having clear internal visions. They also have the ability to generate practical and creative solutions whenever a problem comes their way. Those with a balanced 6th Chakra will usually have an open mind as well, with the ability to perceive themselves and the world around them in a variety of different scenarios, ultimately using their third eye to guide them.

What I love most about the third eye chakra is that once it aligns in harmony with the rest of the chakras, a doorway towards spiritual enlightenment will open, allowing you to have even stronger intuitive visions to guide you in everyday life.

Not unlike the other Chakras in your body, if the third eye is blocked, some issues may begin to surface in your life as a result. No need to panic, though, as there are always ways to re-open and re-balance your third eye if you feel it may be blocked.

Someone with an unbalanced Third Eye Chakra might find it difficult to perceive anything beyond their five senses and may insist that the only truths in life are logic and reason. If someone you know is narrow-minded and prone to reject everything spiritual or supernatural, it could be due to a blocked Third Eye.

However, problems can also arise if your third eye is overactive too. When too much energy flows into this Chakra in particular, you can become overwhelmed or lose touch with reality, sometimes even escalating to the point of delusion and fantasies. There are even a few practitioners who have considered an over-active Third-Eye to be the cause of their clients developing schizophrenia.

On a lesser scale, if your Third Eye Chakra does become overactive, you may just become ungrounded, spacey and suffer from a classic “brain fog” from time to time, finding it difficult to concentrate on tasks or even plan for your future.

How to keep your Third Eye Chakra balanced and healthy

Thankfully, there is an effective way of healing and balancing your Third Eye Chakra, and as usual, one of the best ways to keep your third eye chakra in balance is to meditate. Even just 10 minutes of meditation for your Third Eye, will promote relaxation and clearing of the mental clutter from your brain. Don’t forget to inhale and exhale slowly and deeply throughout the session to keep yourself in the present moment.

While breathing deeply, consider the following affirmations to re-open and heal your sixth Chakra:

It may also help to visualize a ball of indigo energy physically dissolving any blockages in your Third Eye. When you concentrate on the specific Chakra that you want to heal, your aura will work with you to focus healing energy on that area of your body.

As you know, our bodies and souls are always connected, so another easy way to heal your Third Eye Chakra is by eating specific foods that are beneficial for the eyes and brain. Whole grains, sweet potatoes and purple foods such as blueberries and blackberries are all filled with the proper amount of antioxidants and nutrients to create a balanced, healthy mind, thus balancing your third eye in the process.

There’s nothing more important than a little self-love, and since your 6th Chakra is more internally focused than the rest of your Chakras, it’s up to you to make sure it’s being taken care of properly. I know it’s getting harder and harder to unplug and unwind these days, but after a few ‘Third Eye’ Chakra mediation sessions, you’ll be feeling a lot more grounded, with the energy to take on this big crazy world.

If you are looking for more help on guidance in getting your chakras on balance, you can visit me for a free complimentary consultation, and we can see the best place for you to get started.